What follows is a brief Materia Medica of the most common remedies useful in people suffering with influenza and covid. These remedies are included in the Remedy Kit available for sale on this site (see below). If you get a flu, it is always a good idea to see your doctor to be sure you are not missing something important.  The homeopathic remedies may help your Vital Force deal with the flu virus more effectively.

We recommend you work with a professional homeopath to figure out the best remedy for you.  However, if you want to treat yourself, it is possible.  If you decide to do that, we recommend you read some beginner homeopathic book to familiarize yourself with the basic homeopathic philosophy and procedure. For a brief discussion of Homeopathy in general and suggested reading list see www.BookOnHealing.com. Read through the descriptions of the symptoms and compare to your symptoms.  The remedy that matches your symptoms the best is the one most likely to help.  In most cases one starts with the lower potency of the indicated remedy, takes it every hour or two as long as it is effective, then goes up the potency if the effectiveness wanes. Once you feel better on a remedy, stop taking it.  When you feel worse again, start taking it again.

Our kit contains 30C, 200C, 1M potencies.  We do not recommend going above 200C without the advise of a professional homeopath.

The following list of remedies have been updated in Apr 8, 2020 taking into account Covid 19.  This is the best guess list.  We hope it contains the most likely remedies but can’t guarantee it until we see many more cases

We are pleased to offer our FLU KIT, series 005-a, containing 50 vials of the remedies most likely to be needed in influenza, as discussed on this page. 10 most common remedies are in 30C, 200C and 1M potencies, and the rest are in 30C potency only, plus one in 1M. They are packed in 1/2 dram vials in a very sturdy 50-vial capacity ammunition box. More remedies may be added to the box later.
Top 10 remedies (30C, 200C, 1M):  Acon, Gels, Eup-per, Nux-v, Ars, Bapt, Bry, Pyrog, Bell, Rhus-t.
30C remedies: Am-c, Ant-t, Arn, Asc-t, Camph, Carb-v, Chin, Ferr-p, Ipec, Kali-bi, Kali-c, Lyc, Lach, Merc, Phos,  Squil, Stan, Sulph, Verat-v. AND
1M Remedy– Adamas
Contents: lactose, trace ethyl alcohol, dynamic essence of the substance on the label. No detectable traces of the material substance present.
The kit currently retails for $100 plus $9 shipping within USA and can be ordered by emailing Dr. Mirman at: jmirman@demystify.com
and Sally Tamplin at sally.tamplin@gmail.com
If your homeopath can quickly provide the needed remedies, you may not need to buy the kit.  Many homeopaths provide the remedies free of charge or for a nominal price to people they treat.  However, if you live far away from your homeopath’s practice, you may benefit from having a “just in case” collection of remedies, so if you do get sick, you don’t have to wait a long time to get the remedy.
As the homeopathic thinking changes, we update our kit.  Owners of the older versions of our kit can order the recently added/changed remedies by emailing Dr. Mirman at jmirman@demystify.com. These remedies cost $2 each plus $4 shipping via USPS First Class or $9 via USPS Priority.  Please note: these prices are below cost and apply only to updates.
Homeopathic Remedy Preparation-
To understand the homeopathic remedy preparation process please read this page.
The medicating remedy solutions are obtained from standard homeopathic pharmacies – Boiron and OHM Pharma.
The lactose pellets for medicating are from Paular corp.
The medicating solution is applied on the pellets by Dr. Mirman to prepare the remedy for use.
All remedies should be used according to standard homeopathic indications.  Consult a professional homeopath before using these and other homeopathic remedies. The prescriptions must be individualized for the person suffering with the malady, not the malady itself
Visit this website regularly for kit upgrades and other info.
As of 5-5-20 kits are available. 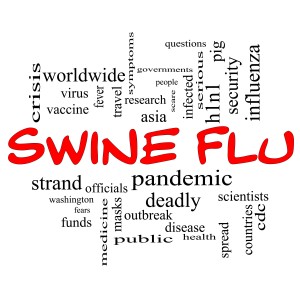 As more cases of any specific epidemic are seen by homeopaths, it usually becomes clear that two or three remedies cover the majority of the cases.  A remedy most often seen in an epidemic is called Genus Epidemicus.  Unfortunately, we don’t know what it is until many people become sick and are helped by that remedy.  As soon as this information becomes available, we will place it on our web site and the remedy will be made available.  Until then, we should be ready with the following remedies.

As of 5-5-20, we still don’t know the Genus Epidemicus remedy to be used in COVID-19 cases

Homeopathy helps people get over many acute conditions, including respiratory illnesses like flus, colds and COVID-19.  A correct homeopathic remedy causes a quick shift in Vital Force and the person starts improving  within several hours.  A wrong remedy does not cause any harm or improvement. If the treatment does not work, the case is retaken and a different remedy is prescribed, hopefully the right one, causing the right shift.  The prescription has to be individualized to the case, regardless of the conventional diagnosis. In most cases homeopathy enables the Vital Force to prevent progression of the disease and the need for hospitalization.  The remedies are very inexpensive, available at Whole Foods and other outlets, and many homeopaths give them out at no charge.

It is important to understand that homeopaths never make any claims to mitigate, prevent, treat, diagnose, or cure any disease. Homeopathic remedies do not cure or treat flu, ebola, COVID-19 or any other infectious disease. Homeopathic remedies do not have any direct effect on the infectious agent. But once you get sick, homeopathic treatment aids the body’s Vital Force in recognizing the disease and handling it more efficiently, thereby reducing the duration and intensity of the disease.

We will update the Materia Medica below with the new remedies soon. For now rely on your homeopath to know what to prescribe. And unless you have some proficiency in prescribing, it is always a good idea to rely on your professional homeopath to get the best prescription.  And it goes without saying, rely on your doctor for all health advise. 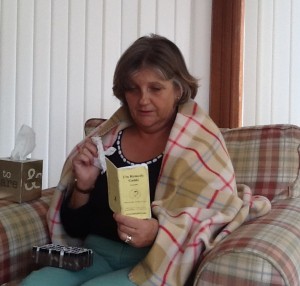 Aconite: Sudden onset of the flu with great anxiety and fear. She thinks she is about to die.

Other uses:  any situation where the person is scared, such if they just witnessed something horrible, were just involved in an accident, etc

Arnica:  Flu with a feeling of soreness, as if bruised internally and externally.

Other uses: This is the main initial remedy for acute trauma, injuries and accidents.  Bumps, bruises, sprains, strains, cuts, etc.  It is commonly given to patients before and after surgery to improve outcome, decrease bleeding and bruising and promote healing.  You will find Arnica in all homeopathic emergency kits.

Baptisia:  Looks drowsy and drunk.  Flu with high fever and a feeling of being bruised all over.

Belladonna: Flu with a high fever, red face and dilated pupils. Dryness and burning heat. Everything is intense and concentrated in the head.

Bryonia:  Extremely irritable, talks about business. Flu with a severe, throbbing headache, body pains.  All symptoms are worse from any motion.

Better: pressure, rest Worse: any excitement, noise, touch, movement, bright light, from eating and coughing and at around 3am and 9pm.Other uses: Pain in joints, sprains, strains, when symptoms are worse from movement.

Eupatorium – perfoliatum: Flu with body pains so severe, that the bones feel broken.

Ferrum Phos: Flu without any localizing or characteristic symptoms.

Gelsemium: Flu with chills and paralytic weakness.   They feel as if run over by a truck.

Worse: early morning and last thing at night, in the sun, and when exposed to tobacco smoke. Better: urination, fresh air Comparisons:

Ipecacuanha: She coughs till she vomits

Phosphorus:  The flu quickly affects the lungs, especially the base of the right lung.  Lots of cough.  Bleeding.

Other uses: Sprains, strains, when the pain is better with movement (opposite of Bryonia).

Antimonium Tartaricum: Pneumonia with rattling of mucus in the chest.

Other uses: A very common remedy for diarrhea

Frequently Asked Questions on Homeopathy
This site uses cookies: We use cookies to ensure that we give you the best experience on our website. If you continue to use this site, we will assume that you are happy with it Find out more.